Here you find information and material for major events / releases.

Poseidon Diving Systems AB and SST - Special Services & Training has made an agreement making SST the official partner of the Poseidon military and SAR range for Spain, Portugal and Latin America. Poseidon will also provide diving equipment to SST and their training facilities based in Spain.

"Within our training centers for emergencies, safety and prevention our main goal is to provide training for all kinds of situations that could appear in real life. We therefore expose our clients for extreme situations, whitin controlled space of course, but still extreme" - says Antonio Lobera, SST - Special Service & Training, Business Development Director

"Safety is our priority number one and when bench marking the diving equipment market Poseidon stands out. An aircraft doesn't always land perfectly flat on water and a helicopter usually rolls around making you hang upside down. We need diving equipment that can work in all those situations so when training the escape, the regulator must work. Poseidon is a well-known brand and used by many of our clients so partnering with Poseidon feels like the right choice."
- Antonio continues.

Poseidon Diving Systems has been a manufacturer and innovator of cutting-edge diving equipment since 1958. The regulators are designed to work in every way possible, upside down, left or right. This unrelenting performance and safety in any environment combined with the established positioning as the preferred choice of many military and SAR organizations was considered when choosing Poseidon as the partner for SST and their training facilities.

"We usually say our customers puts their life in our hands when venturing out into the oceans. Here we have a test facility testing people and equipment to the extreme. I´m confident our products will perform in this environment as they have done when ice diving in the North Pole and tested at depths of over 200 meters.I´m happy to announce this collaboration and help preparing people for the unpredictable" - says Jonas Brandt, CEO, Poseidon Diving Systems.

"The military and SAR operation is a growing business and with SST as a partner we´re not only offer our full product range, but also a reputable organisation specialized in special service and training were our products from now on is being used. That is a perfect match" - Jonas ends.

Here SST offers theoretical and practical training made for both civilian operators and professional units on rotary (helicopter) and fixed wing (aircraft) crews. Safety is a keyword and the underwater breathing system is a central part of this.

HANSEN PROTECTION AS RELEASES ITS NEW APPROVED EMERGENCY BREATHING SYSTEM DESIGNED FOR HELICOPTER CREWS AND PASSENGERS THE NEW STATE OF THE ART SEAAIR EBS HAS BEEN DEVELOPED TOGETHER WITH POSEIDON AB A WORLD LEADER IN DIVING EQUIPMENT BASED IN SWEDEN.

Moss, Norway, January 21, 2015 -- /EPR NETWORK/ -- Following the recent CAA-UK (Civil Aviation Authority UK) approval of the company’s compressed air Emergency Breathing System (EBS), HANSEN PROTECTION AS can now offer the market a highly sought after and highly functional compressed air EBS.
Leading offshore and aviation personal protective equipment manufacturer HANSEN PROTECTION AS has now released its fully CAA-UK approved lifejacket system with a Cat A EBS according to CAP 1034 for helicopter crew and passengers. In accordance with ETSO regulations, the system comprises of a number of suit variants and a lifejacket with an EBS that have been tested and approved together.
In order to be approved as a Cat A EBS, it must be possible to deploy the system while submerged in water. This is a stringent requirement that only a few manufacturers of personal protective equipment have been able to meet. Travelers on the UK continental shelf have recently started using such equipment and Hansen Protection is proud to be able to supply this and other markets, with an EBS that is predicted to completely take over from the currently used re-breather systems.
The new compressed air EBS has been designated as the SeaAir EBS. HANSEN PROTECTION AS’ SeaAir Europe (HP ETSO) Lifejacket has also been fully prepared for integration of the new compressed air SeaAir EBS. The combination is fully compatible with all Hansen Protection Aviation Approved Shell Suits according to EASA ETSO requirements.
The SeaAir EBS is also compatible with Hansen Protection’s world leading SeaAir Helicopter Passenger Suit that is used extensively on the Norwegian Continental Shelf. This suit’s previously used re-breather system has now been replaced by the new compressed air SeaAir EBS.
The new state of the art SeaAir EBS has been developed together with Poseidon AB a world leader in diving equipment based in Sweden. The system outperforms all minimum requirements, and is protected against freezing in accordance with US Navy requirements. The system is equipped with a soft and easy to keep in place mouthpiece without the need to have to bite it. The nose clip is flexible and easy to fix to any nose shape.
“Our ETSO-approved helicopter suits have been on the market since 2006,” says Knut Aasle, General Manager Personal Protection. “We are extremely proud of our achievements and the market acceptance of our aviation products. Our customers report easier adoption of our suit systems by the various user groups both within offshore oil & gas and wind energy.”
HANSEN PROTECTION AS offers a full range of helicopter transportation suits, pilot suits and lifejackets that are all ETSO-approved.

SIR RICHARD BRANSON EMBARKS ON MANKIND'S GREATEST DIVING CHALLENGE
April 11, 2011
Diving specialists Poseidon will be the diving partner in Virgin Oceanic's expedition into the five oceans' deepest trenches. The Virgin Oceanic team will use Poseidon's state-of-the-art breathing technology and other diving equipment.
Poseidon's engineers may consult in developing the Virgin Oceanic Expedition's primary breathing system, subject to receipt of all required regulatory approvals. The Swedish company's fully automatic rebreather, the Poseidon Discovery, has been selected as back-up breathing system in the underwater vessel and as diving equipment for the Virgin Oceanic diving team.

Poseidon is currently pioneering a rapid advancement of breathing technology in the diving industry. It recently launched its fully automatic rebreather, the Poseidon Discovery, for sports divers. The Poseidon Discovery offers three times longer diving time than regular diving equipment, it is easier and safer to use and does not disturb marine life. It is the first rebreather ever to be approved for recreational diving courses.

"Diving to the five deepest trenches of our oceans will place huge demands on both pilots and equipment. Teaming up with Poseidon was therefore an easy choice for us. I understand that The Poseidon is not just the most advanced diving system around, it is also the safest and the least intrusive to marine life", says Sir Richard Branson.

"We want to share our love for the oceans. This spectacular adventure will inspire divers, scientists and passionate people all over the world and will help us preserve this wonderful underwater world for coming generations", says Poseidon's CEO Stefan Fransson.

Virgin Oceanic
Virgin Oceanic was formed by the Virgin Group to act as a sponsor of and partner on the Five Dives Expedition. Chris Welsh, through his company Deep Sub LLC, owns and will operate the submarine. The expedition will require various regulatory approvals, including export licenses, which Deep Sub LLC will obtain.
About Poseidon
Since its inception in 1958, Poseidon has been recognized as a world leading manufacturer of diving regulators and other high quality diving products. With a quest to solve a range of diving related problems, the founder Ingvar Elfström presented several innovative products in Poseidon's early years. With its recent launch of the fully automatic rebreather, the Poseidon Discovery, Poseidon has reclaimed its position as the most innovative diving goods manufacturer.

DEMA, Orlando, Florida – November 4, 2015 – Poseidon Diving Systems, AB, has officially launched the World’s most powerful dive computer, the Poseidon M28.
About the Poseidon M28 Dive Computer:
The Poseidon M28 Dive Computer has set new standards for dive computer performance.  It boasts maps, graphics, GPS, Dive-By-Wire,™ and a host of features that deliver class-leading functionality that’s incredibly intuitive to use. The main features of the M28 include:
Maps, and feature-rich graphics thanks to a class-leading 2.8” TFT LCD Color Display
Real-time GPS Surface Positioning
Highly intuitive user interface with two button control
Enhanced SE7EN/MKVI functionality with the M28’s Rebreather Management System
Dive-By-Wire™ Integration with Poseidon Pod Systems, HUD and HP Sensors
Dual Deco Algorithm (DCAP and Bülhmann ZHL16C with gradient factors)
Depth rated to 200M/656 ft
A Few Words about the Poseidon M28 from Our Executives:
“For many years now, the world’s most powerful dive computer has been in the MKVI and now SE7EN rebreathers. We have used all of this knowledge and experience to create the next generation of computer that will open up endless new possibilities for divers.” Thomas Oskarsson, CTO Poseidon Diving Systems.
About Poseidon Diving Systems
Poseidon was founded by divers, for divers. When Ingvar Elfström launched the world's first serially produced single hose regulator in 1958 it became an immediate sensation. The company’s innovative research and development team delivered the world’s first 300 bar regulator; the Cyklon. The Poseidon Xstream has become the preferred regulator of the US Navy and US Coastguard due to its all environment performance and reliability. The team also delivered the world’s first recreational rebreather - the MKVI; and the Next Generation Rebreather – the SE7EN.
The company currently has distributors in over 50 countries worldwide. Its headquarters are located in Gothenburg, Sweden.

THE YEAR OF THE REBREATHER

All of the 10, 000 TDI-certificated diving instructors around the world now have the opportunity to get educated in the Rebreather system. This means that the possibility for scuba divers to be taught by an Rebreather-educated instructor has increased considerably.

“I would call this the crucial step för the Rebreather to reach the great amount of recreational divers all over the world,” says Kurt Sjöblom, CEO of Poseidon Diving Group AB. “My prediction is is that 2010 will really be the year of the Rebreather!”

Unlike traditional breathing systems for recreational divers, Poseidon Discovery reuses the exhaled breath. This extends the diving time from 40 minutes to several hours. In November 2008, Poseidon Discovery was awarded the international award "Best of What's New Award" by Popular Science, one of the largest popular science magazines.

For further information about diver education from TDI, please contact

Poseidon was founded by divers, for divers. When Ingvar Elfström launched the world's first single hose regulator in 1958 it became an immediate sensation. The company currently has 30 employees and over 2000 agents worldwide. Headquarters and manufacturing is located in Gothenburg, Sweden.

Poseidon is proud of its 10-year partnership with Molecular and the innovation of SofnoDive 797; the first single use, pre-filled CO2 scrubber unit, designed exclusively for the SE7EN rebreather series. We have now, together with Molecular, taken the decision to phase out this product in favor of a repackable scrubber. We are doing this for a number of reasons; for the end user this means better availability, lower cost per dive and no plastic single use containers to dispose of. 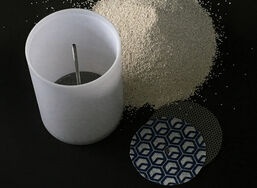 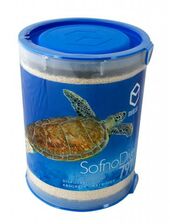 To make it easier to purchase Poseidon products and get the premium service that we offer in other parts of our sales network we are pleased to announce the nomination of Altalena as the newly appointed Australian distributor for the full range of Poseidon Diving products.

Altalena is adding the Poseidon products to their current range of drysuits, drysuit components they already distribute and drysuit repair service they offer on the Australian market. Altalena is committed to providing customer service in Australia and intend to stock most Poseidon products & parts readily available from their NSW warehouse for prompt delivery Australia wide.

Any question arising from this letter will be answered directly by the representatives in the Poseidon Diving Systems in Sweden or through Altalena in Australia.

Please don't hesitate to contact Altalena for any current or future needs for Poseidon products or parts.